Build Your Own Kit View Products

ICE Ignition has again taken out the top spot in the Extreme Division at the 2011 Engine Masters, as well as third place, continuing its reign as the preffered ignition supplier for the majority of the podium finishers. Both engines used complete ICE Ignition systems to help them achieve the highest possible score in this ultra tough competition.

The competition was taken out by the man to beat in Tony Bischoff from BES Racing Engines with a wicked 441 cubic inch Windsor. Qualifying and finishing in first place, the combination performed flawlessly throughout the whole competition. Mark McKeown from McKeown Motorsport also put on a tough show, qualifying in third place and only narrowly missing out on second place in the finals by 1.2 points with a hot 432 cubic inch Windsor. 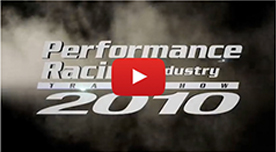